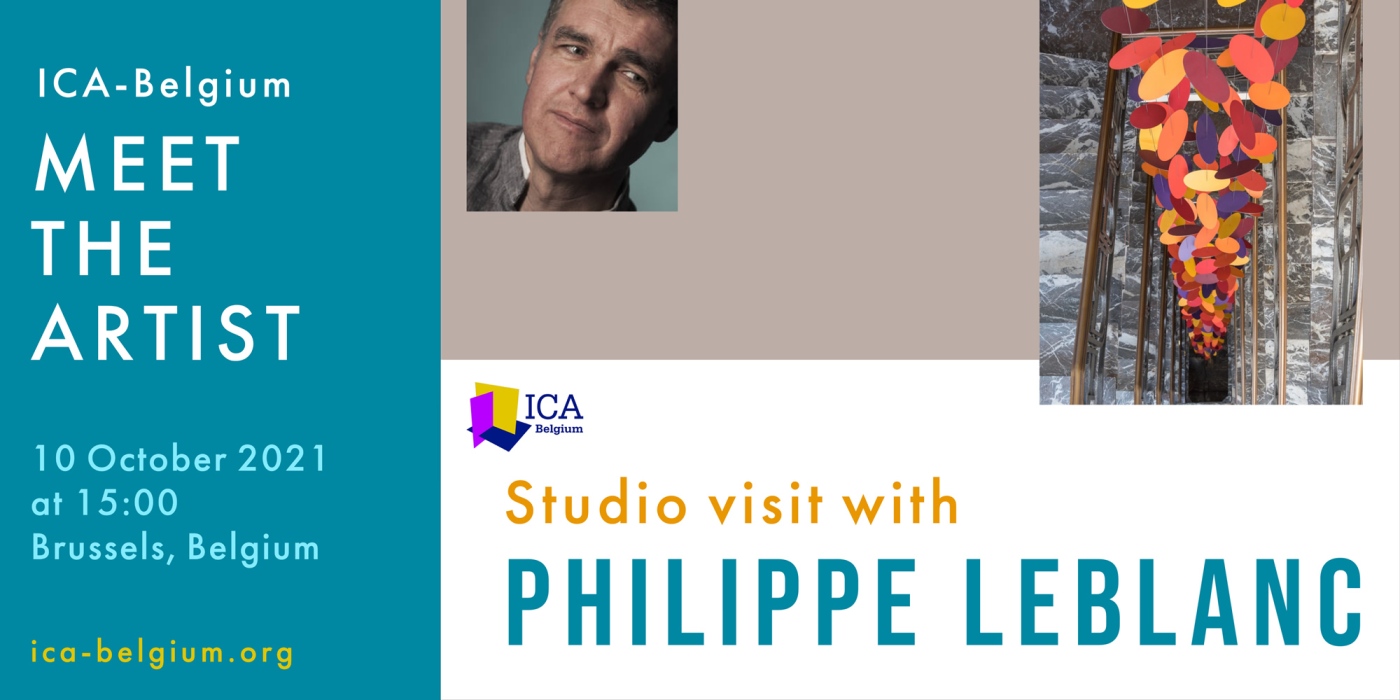 On Sunday October 10th 2021 at 15h CEST we were invited by the artist Philippe Leblanc at his studio in Brussels.

Philippe is a Belgian artist sensitive to rationality and the purity of forms, to the changing qualities of light, he finds inspiration in mathematics, in famous series like Fibonacci’s, conical shapes and emblematic numbers such as the golden number, Pi, and root of two. His works include wall sculptures, light boxes, hanging mobiles, motorized carousels or raised puzzles, all sharing the same geometric language. The colours, the minimality of white, the non-materiality of mirrors, cut-outs and translucent pieces, reinforce a play with light as well as a notion of spectrum or series, while evoking the memory of the underlying writing. The artist will show his workspace, his methods and techniques, while talking about the process and ideas behind his mysterious, enigmatic work.