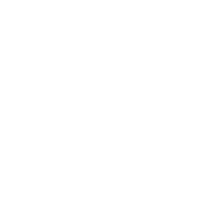 Sunday mornings are great for drinking coffee or tea in your pyjamas while listening to ICA-Belgium’s online Colour Talks!

On Sunday February 20th 2022 from 10h till 11h CEST our guest is Clino Trini Castelli, a Milan based designer, artist and design theorist, internationally known for CMF design (Color, Material and Finishes) of which he is the initiator. He speaks about his Umbrella Diagram, a fundamental tool to configure CMF design languages and forecast historical colour and material trends. As the event will not be recorded, it is a very special one time opportunity to hear him talk and ask questions.

Registrations are limited to 100, so ensure your virtual seat by registering.

The Umbrella Diagram, developed by Clino Trini Castelli since 1978, is a fundamental tool to configure CMF design languages and forecast historical colour and material trends survey. The tool, based on decades, is represented by arches instead of an evolution of a timeline. This cyclical progress proved to be premonitory of the strong changes observed between the colour languages of the decades. The umbrella shape of the diagram stems from the coexistence of large arches (historical trends) with smaller arches (fashion trends), frequently in conflict. Castelli first turned to the past of the 70s, 60s and 50s, testing his format backwards based on what was already observed. He then applied the same principles and parameters, looking rather at the 1980s and, till today, to the other four upcoming decades. The Umbrella Diagram was conceived as a proprietary tool of Castelli Design and reserved for his international customers and educational activities.

Clino Trini Castelli (b. 1944) lives and works in Milan. A designer, artist and design theorist, he is internationally known for CMF design (Color, Material and Finishes) of which he was the initiator. Castelli introduced the “No-form” renewal of plastic languages, applied to industrial products through the tools of Design Primario. As opposed to traditional compositional methods, Castelli has focused on the design of the more intangible aspects of figuration, like colour and material, light and sound. Since the early 1970s this has made him a pioneer in research on the emotional identity of products in the industrial sector. His vision, though forcefully oriented towards the future, has met with great international acclaim from the outset. His work has received important European, American and Japanese prizes, including two ADI Compasso d’Oro awards.

Clino Castelli began working in 1961 at the Centro Stile Fiat in Turin, and then in 1964 at Olivetti in Milan, with Ettore Sottsass. From 1969 to 1973 he developed the Corporate Identity program of Olivetti with the famous Red Books, the first manuals in history to be organized on a meta-design level, of which he is the main author. In 1973 he was the co director of the Centro Design Montefibre, and in 1974 he was founding-partner of the company Consulenti Design Milano – CDM srl, which later became Castelli Design. From 1978 to 1983 he conceived and directed Colorterminal IVI in Milan, the first center of research and services on the new RGB additive technologies that would revolutionize the world of colour and CMF design (Colors, Materials and Finishes) of which he was the initiator. In parallel, with the founding of the Colorscape Group in 1982, he has introduced new strategic tools for the creation of urban identity. Across the 1980s Castelli began a series of lasting relationships with companies like Louis Vuitton and Vitra, in Europe, Herman Miller in the United States and Mitsubishi and Hitachi in Japan. A few years earlier, he resumed work with Fiat, which in 1985 led to the creation of the Fiat Qualistics Center. In this period he also returned to collaborate with Olivetti on the Qualistic Compendium program and with Cassina for the CMF planning of the entire product range. Starting in the 1990s, in Japan he launched a number of new projects that were to become historical landmarks, including those with Hitachi, Toli and Itoki. In the meantime, in Europe, he was one of the first to come to terms with the major new theme of home automation (Domoscape), with Bticino, Legrand and Somfy. In 2000 he founded the Qualistic Lab, the division of Castelli Design devoted to the development of new tools for the emotional positioning of images and products. In 1983, alongside his activities of research and design, he was one of the founders of Domus Academy.

Clino Castelli has continued his work in education, teaching in many international design schools and universities, including the Milan Polytechnic. He has published many writings and books on design culture, including articles for leading international magazines of art and design.

More about his work via castellidesign.it