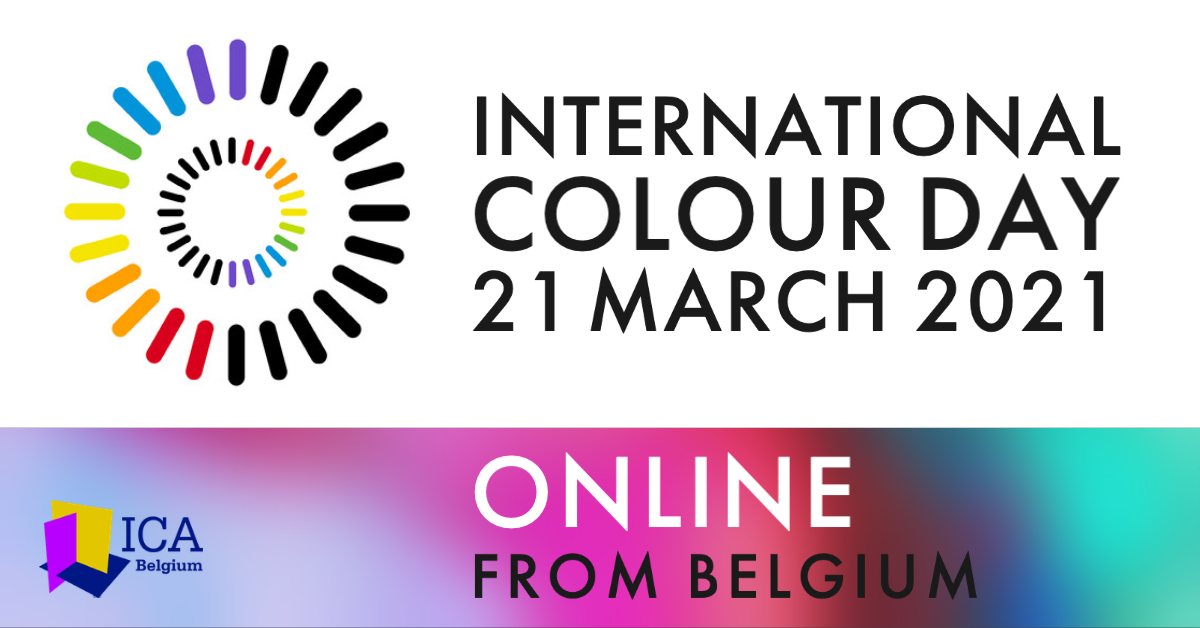 On March 21st 2021, ICA-Belgium, along with many other countries celebrated International Colour Day (ICD). ICD celebrations aim to develop awareness of the importance of colour phenomena and culture in the broad domains of Art and the Humanities, Science, and Technology. ICA-Belgium invites you to watch the full recording of the event with several guest speakers.

We would like to thank all participants for a wonderful, first online, Colourtalk organised by ICA-Belgium.

María Boto & Heleen Sintobin will join us with a talk about Ecology of Color. Research journey from nature to materiality. In living beings, colors come from pigments and structures. This research aims to become a bridge between nature and design by dissecting this bases of color generation and translating them into an applicable and sustainable material. María is a researcher at KASK/School of Arts of University College Ghent, where she is responsible for Laboratorium: the experimental lab for art/design and biotechnology of KASK together with Heleen Sintobin. Heleen is a designer who holds a deep appreciation for craft practices and the mastering of technique. She is a design researcher at Laboratorium, biolab of KASK and a lecturer at Autonomous Design in KASK.

We will close the festivities with an intimate chat with Philippe Leblanc. A Belgian artist sensitive to rationality and the purity of forms, to the changing qualities of light, Philippe finds inspiration in mathematics, in famous series like Fibonacci’s, conical shapes and emblematic numbers such as the golden number, Pi, and root of two. His works include wall sculptures, light boxes, hanging mobiles, motorized carousels or raised puzzles, all sharing the same geometric language. The colors, the minimality of white, the non-materiality of mirrors, cut-outs and translucent pieces, reinforce a play with light as well as a notion of spectrum or series, while evoking the memory of the underlying writing. The artist will talk about the process and ideas behind his mysterious, enigmatic work, and he is happy to have lots of questions.